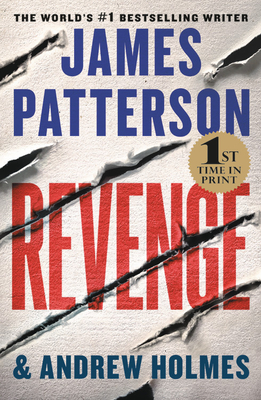 From the World's #1 Bestselling Author, comes a story of revenge as a former SAS soldier is ready to settle into civilian life when he's hired to solve the mysterious death of a daughter, diving into a seedy world that a parent never expects to see their child in.

Former SAS soldier David Shelley was part of the most covert operations team in the special forces. Now settling down to civilian life in London, he has plans for a safer and more stable existence. But the shocking death of a young woman Shelley once helped protect puts those plans on hold.

The police rule the death a suicide but the grieving parents can't accept their beloved Emma would take her own life. They need to find out what really happened, and they turn to their former bodyguard, Shelley, for help.

When they discover that Emma had fallen into a dark and seedy world of drugs and online pornography, the father demands retribution. But his desire for revenge will make enemies of people that even Shelley may not be able to protect them from, and take them into a war from which there may be no escape.

James Patterson is the world's bestselling author and most trusted storyteller. He has created many enduring fictional characters and series, including Alex Cross, the Women's Murder Club, Michael Bennett, Maximum Ride, Middle School, and I Funny. Among his notable literary collaborations are The President Is Missing, with President Bill Clinton, and the Max Einstein series, produced in partnership with the Albert Einstein Estate. Patterson's writing career is characterized by a single mission: to prove that there is no such thing as a person who "doesn't like to read," only people who haven't found the right book. He's given over three million books to schoolkids and the military, donated more than seventy million dollars to support education, and endowed over five thousand college scholarships for teachers. The National Book Foundation recently presented Patterson with the Literarian Award for Outstanding Service to the American Literary Community, and he is also the recipient of an Edgar Award and six Emmy Awards. He lives in Florida with his family.